The President Fernando Henrique Cardoso Collection currently consists of six archives: Fernando Henrique Cardoso's, the archives of three members of his family: Ruth Cardoso, Joaquim Ignacio Baptista Cardoso (grandfather) and Leônidas Cardoso (father), the recently acquired archives of the former ministers Sergio Motta and Paulo Renato Souza, as well as the couple's library. In accordance with Brazilian archival legislation, although presidential archives are private, they are deemed to be of public interest and those holding them must preserve them and make them accessible.

The set of documents in the Fernando Henrique Cardoso Archive (1931-) reflects the family environment in which the president was brought up, his studies, his academic activities as a sociologist, researcher and university professor; and, in the political realm, as a senator, constituent senator, minister of Foreign Relations, minister of Finance and president of the Republic.

The documents in the Ruth Cardoso Archive (1930-2008) portray her activities as an anthropologist, as a university professor, as first lady of the Republic and her eight years as chairwoman of the Board of the “Comunidade Solidária” program, as well as documents on her domestic and family life. 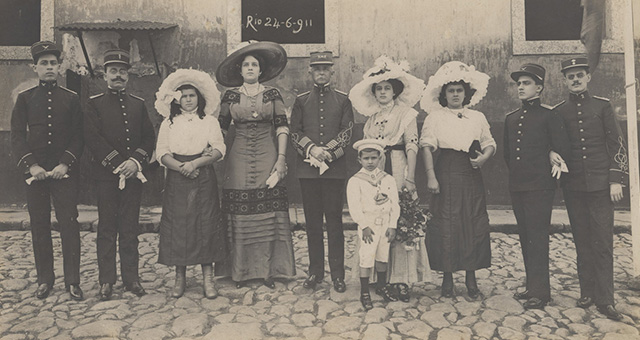 The Archive of Leônidas Cardoso (1889 -1965) was submitted to cleaning and to a brief examination of the documents , which mainly reflect the subject's achievements as a federal deputy for the PTB party between 1955 and 1959.

The “Fernando Henrique and Ruth Cardoso” Library was constituted by two social scientists whose professional situations and interests evolved over time. Although a president of the Republic receives innumerable books on innumerable subjects, the ones conserved are those that outline the intellectual and political profile of the founders.

Archives of participants in the two FHC governments are also part of the Collection. The documents in the Paulo Renato Souza Archive, donated in 2014, are related to the subject's professional life. Initially those referring to his experience in the Ministry of Education will receive technical treatment.

The part of the Sergio Motta Archive corresponding to his time as minister of Communications, from January 1995 until his death in April 1998, was received in donation In 2013.

The principles guiding the preservation, description, access and the dissemination of the archives were defined at the beginning of the treatment.

The preservation of the documents follows rigorous methodological criteria, both in terms of the physical installations, the spatial organization, the description in a specific data base, and in terms of preventive maintenance to ensure their conservation. In addition to the rooms in which the archivists work, two basement floors were adapted to hold the archives, with equipment to control environmental conditions of luminosity, ventilation, temperature and humidity.

The description of the documents, a task just as important as their preservation, requires well trained archivists. The universal criteria of access and classification adopted preserve both  the organicity of the documents by linking them with their institution of origin, reflecting their activities, and their functionality, ensuring the circumstances and the context that justify their collection and preservation. For this reason they are described individually and carry a record of the circumstances in which they were created or collected.